Over time we have received a lot of questions from our users on why (the hell) we chose the name sloppy.io for our company.

Back in 2015 after we finished coding our fully managed docker hosting service, we were looking for an unconventional and catchy name. Our goal was to free developers from time consuming tasks like orchestrating services and managing network and storage, and let them do what many of them like most: Coding. We had in mind a smart and lazy software developer who works extremely effective not to waste time with unwelcome tasks and to reach their goal the fastest and simplest way. You may know the famous quote from Bill Gates:

With this image in our heads we came to the idea of taking a sloth for our logo. We pictured this lazy, relaxed animal, which you see mostly hanging from trees, eating fruits and just having a great time with a smile on its face. By the way, in German sloth is “Faultier”, which literally translates to lazy animal 😉 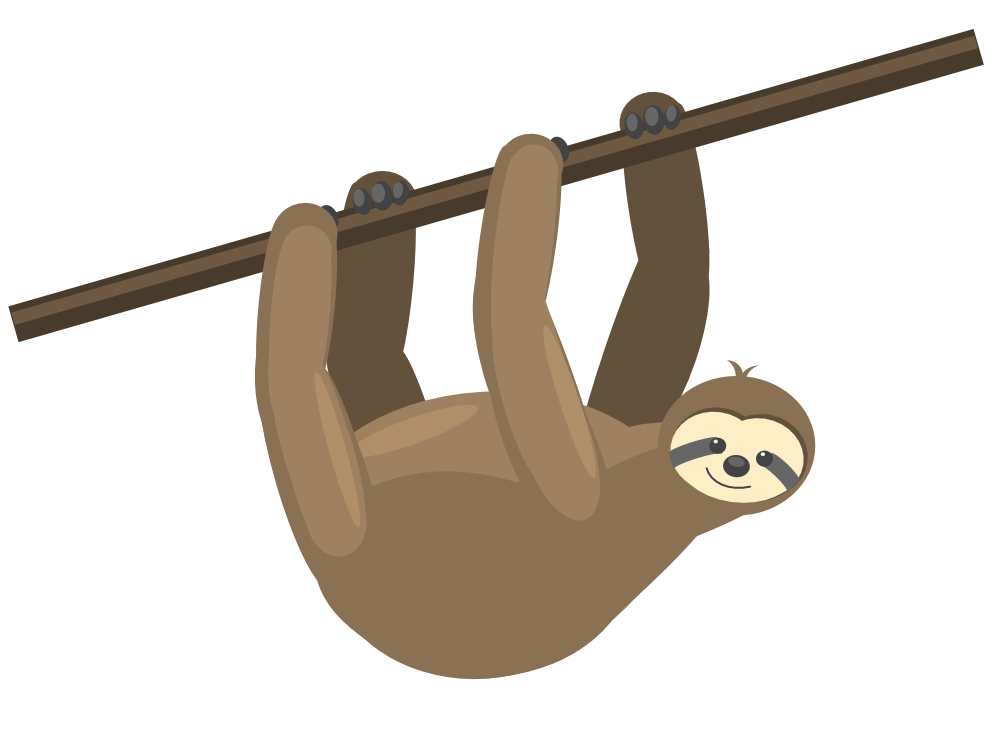 To extend the range of our business, we wanted to have an English company name. So, we started to google synonyms for the word “lazy” and found the word “sloppy”. None of us knew the expression before and for us as Germans it sounded funny and cute. We thought that it relates well to our logo, the sloth. Certainly, we saw that the word means messy, but as we are no native English speakers we were not aware of the word’s negative connotation.

We were looking for an unconventional name and thought that sloppy, as a synonym for lazy, would be a great idea. Not asking a native speaker was maybe not our best idea.

When we started our beta, some of our users began to ask questions about the name. Mainly they wanted to know why we chose it, and some even said that it was a pretty bad name. At this point it first came to our mind that something could be wrong with our name. We started to google it and asked native English speakers who told us that the name has a negative connotation and would create the assumption that we would work in a sloppy way.

I’m afraid to ask…. what’s with the name? sloppy.io?

The reactions surprised us and we were not sure how to handle it. As some of us wanted to change the name at this point and some not, we decided to ask our users. We sent out an email survey, asking if we should change our name. Almost 60% of our users answered with no. Even though our users are from all over the world and probably not everyone knows the meaning of the word, we nevertheless chose to keep it.

Anyhow, if you find yourself in the situation one day in which you have to decide for a company name, we would definitely recommend you to learn from our mistakes and google the name beforehand. There is a domain with sloppy in it, that I do not want to link here, which would definitely have been good to know about beforehand. Even though it still sometimes hurts reading about the meaning of the word, we adhere to our name as one thing it definitely is: unconventional.

What do you think? We are looking forward to your comments.