Travis CI is a CI service that is free for public github projects. In this post, I would like to shortly describe how you can use Travis CI to implement an automatic Docker deployment according to sloppy.io. The image is built, pushed and deployed to sloppy.io with the CI/CD workflow as soon as a git push is effected in the master branch of the project. You can find the used source code in Github for copy and paste.

In this example, our sloppyio/oh-hai repository is connected with my Travis CI account. 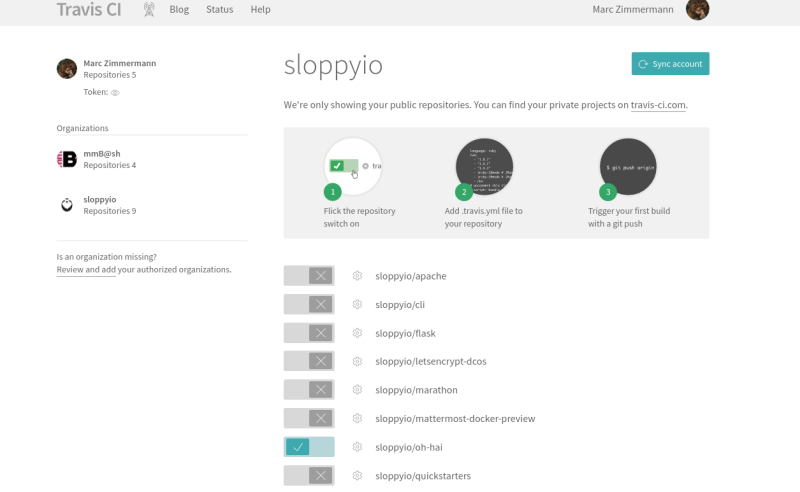 Subsequently, you can access the project via the Travis CI dashboard.

To continue, we need various variables – e.g. for the login at Docker Hub, as well as at sloppy.io. You can create variables at Travis CI via the project settings. The variables are encrypted by default, so you can among others record access data to the Docker hub. 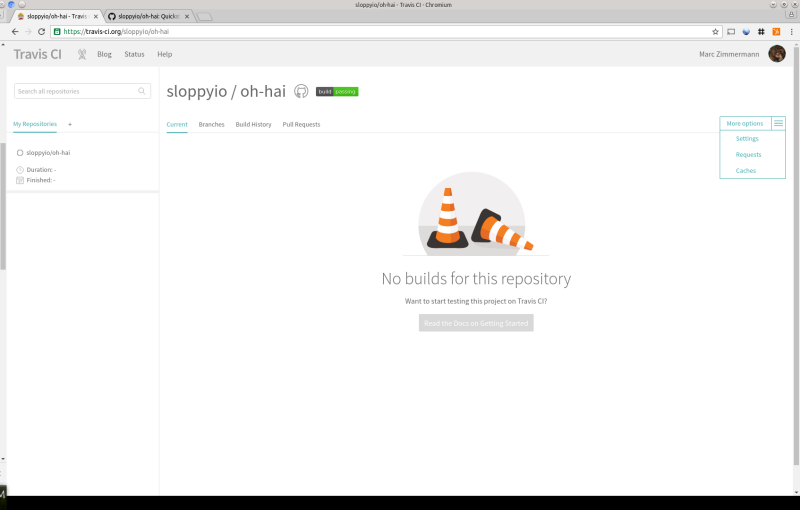 We need the following variables:

In the oh-hai example of github, the variables have the following values:

You can find the sloppy API token in the account settings of the sloppy.io UI.
The part after the “=” sign is sufficient.

For the actual deployment workflow, Travic-CI uses yml files. They must be found in the root file of the Git project and bear the file name .travis.yml.

We use the following yml file for the how-to:

Let’s go ahead and work on the single sections of the deployment workflows:

For reasons of simplification, the used sloppy.json from the projects follows:

And that’s it. From now on, for every push in the master branch, a Docker image is built and deployed to sloppy.io.